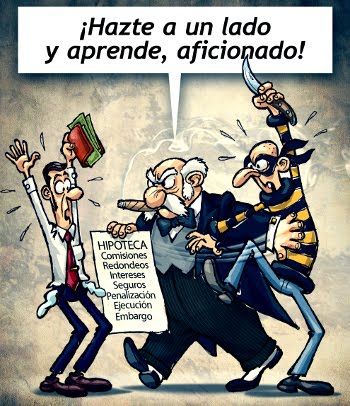 While marveling at a roof that had been previously “repaired” I mumbled to no one in particular “Just when you think you’ve seen it all… “. Before me was a chimney – a big chimney – which had been mummified with hot asphalt and roll roofing material. A tremendous amount of roof coating had been applied around the base of the chimney. The roof tiles surrounding the chimney were otherwise undisturbed, remarkable given that one must first remove the tiles in the leak area to see what in the world is going on. When confronted with such shoddy work I’m reminded of other “roof goof” encounters. Here are a few of the more memorable.
The “Perfect” Roof – Most homeowners are familiar with the sight of a roof that’s been torn off in preparation for shingles, tile, metal, or whatever. Thousands of round metal tin caps are nailed to black 30 lb. felt paper in a pattern by Code. This is done “by eye”. There is no measuring involved. As my old boss and I approached such a home the tin caps appeared to be perfectly spaced… they WERE perfect. Someone had snapped chalk lines on the entire roof to lay out the caps. The combination of all those chalk lines and perfectly placed tin caps was – well – beautiful! We went up to see the one bundle of shingles that had been installed. The shingles were as imperfect as the caps were perfect. My boss could no longer contain himself and burst into laughter. The owner was not amused and told us the roofers were from California and that after watching them lay shingles for five minutes he asked them to please go back to California.
Roofing is regional. Methods and systems differ from state to state and it’s important to hire a local roofing contractor.
“Please Tell Me You Haven’t Paid Them” – From the ground the cedar shakes on this roof looked pretty good. Once on the roof that opinion changed. We were called because there were leaks in the three small flat roofs incorporated into this big, steep, detailed roof. This was of great concern because we had re-roofed all three flats before the shakes were installed – the cedar shakes we would have installed had our bid not been too high according to the General Contractor, who said he would do the shakes “in house”.
After a five second inspection we determined that the flat roofs were leaking because the shake installers had started the first course too low and driven nails though the bottom of the shake and into the flat, a big no-no. At that time the homeowner beckoned us to come down and have a word… great… She asked us in, pointed up and – there was the biggest, most beautiful, open-beam, tongue and groove cathedral ceiling I’d ever seen except for the hundreds of nails protruding from it. “Have you paid them?” my boss asked. “No”, she said. “DON’T!” we said in unison. Fixing the GC’s mistakes on the flats without comment to the owner would have been right. There was no cover for this. “Call your lawyer. This whole ceiling is ruined”, fumed my boss. Then she motioned toward a door and said, “The master bedroom is vaulted, too”…
Any competent roofer checks each home for exposed ceilings during the estimate and, when present, makes the necessary adjustments. So, how do you find a competent roofer? That’s another article.
Just Follow the Bull – The nice lady said “Please, come in. The leak is up here” and began ascending the stairs of her 2-story townhouse. Directions were hardly necessary as there was a trail of roof cement – not dirt – roof cement across the plush white carpet of the living room that continued up the plush white carpet on the stairs and down the plush white carpet in the hallway which led to a bedroom. This guy How To Prevent Roof Leaks had big feet. In the center of the bedroom’s plush white carpet was a huge circular pattern of roof cement. Above the circle of “bull”, slang for roof cement, literally half the plaster ceiling was missing. The nice lady explained that the man now known only as “he” tore out the ceiling to access the “repair area”. The repair area was the underside of the roof’s wood decking which was slathered with bull.
From the “circle of bull” extended another trail to French doors which opened onto a balcony where “he” had put his ladder in order to execute the second phase of his two-pronged approach. This consisted of a sheet of plywood laid across the concrete tile roof with bull packed around the edges to create a seal, presumably.
The methods “he” employed were ridiculous on so many levels that to enumerate them or delve into the intricacies of proper tile roof repair risks losing the Roof Design Plans reader. We replaced the nice lady’s roof which turned out to be beyond practical repair and did it without ever setting foot on her plush white carpet.
These stories are not a scare tactic but a reminder that there are unscrupulous and/or incompetent individuals out there working on roofs.

See also  Never Underestimate The Need For A Quality Roofer

Now that you are contemplating having metal roofing installed on your home, barn, office or other building, you have to start crunching and comparing prices. To be able to confirm whether or not metal roofing stacks up against some of the other materials you will need to factor in a host of elements to determine […]

How to Stay on Top of Roof Repair and Replacement

Usually the most important purchase of one’s life is their home, so of course, taking care of it is very important. For a homeowner, it can often be a difficult task to determine whether or not a roof is in need of repair or to be completely replaced. However, there are a few simple steps […]

If you are looking for a reliable roofer, the yellow pages are just one of the places you can use. A great place to look for a reliable roofer is on the internet, this is because you can find apart from the contact information, reviews of customers, so you can be sure about the roofer […]