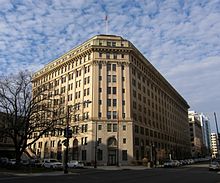 Alfred Hitchcock is best known as the director of films like The Birds, Vertigo, Rear Window and of course, Psycho. The scene in which Norman Bates tears off the shower curtain rods and ends Janet Leigh’s run from the police, leaving her in the similar state to the fabric shower curtain, is one of the most famous in cinema history. This article will talk a little about the career of this director, and why his films are popular still today.

Hitchcock started his career making silent films in England. These were, for the most part, not very extraordinary pictures and are only seen today due to his fame. It wasn’t until the release of his movie “The Lady Vanishes” that he began to get attention for his ability to tell stories in an effective manner. His British period also included “The 39 Steps” and “The Man Who Knew Too Much”, a film that was later remade starring James Steward and Doris Day.

From the success of these pictures, Hitchcock was employed by mega-producer David O. Selznick, the Harvey Weinstien of his era, to come to America and make films for Hollywood. His first film in the States, Rebecca, did little at the box office, but soon he was making films like Strangers on a Train, Rear Window and To Catch a Thief.

Hitchcock had something most directors aren’t lucky enough to achieve. Due to the distinctive nature of his films and the TV show he regularly hosted, he became a household name, and his face is instantly recognizable among those over a certain age. This kind of fame came with a price, however, as he was seen by many critics to be a “populist” director rather than making art films. For example, he never won an Academy Award for directing. This opinion of his work could not be further from the esteem it’s currently held in by critics around the world. However, critics such as Ray Carney and David Thomson point out that his films have a certain level of hollowness to them. While they’re certainly very exciting and emotionally manipulating pictures, this manipulation also has a narcissistic quality, and perhaps points to the social awkwardness Hitchcock felt.

Hitchcock’s later films are regarded as not being as effective as his earlier hits. As he grew older, his behavior became stranger, and it’s widely assumed that at one stage he propositioned Tippi Hendren, the star of The Birds and Marnie who Hitchcock found on a television commercial. While Hendren has the look of a leading lady, there can be little doubt she was not at the high level of most professional actors.

But this was never Hitchcock’s concern. He has famously been quoted as saying that actors should be treated as cattle, and plans his films out before shooting even begins on his films. This level of strict control is the reason his films are so engaging and virtuosic, but perhaps also show the reason why some find the films to be emotionally hollow.

Summer Home Decor StylesWith the onset of a new season comes the growth and development of fresh, new home decor trends. Color schemes, patterns, and styles reflect more of a light and airy attitude than those of their winter, spring, and fall counterparts. Leverage the bright designs of the summer to help infuse a vibrant […]

Tension Curtain Rods Make Life EasierA quick and easy way to fix curtain rods to any wall is to use the new style tension rods. These are designed to fit between any gap without the need to drill holes in walls. This is a great way for people who may be a little afraid of […]

The Films of Alfred HitchcockAlfred Hitchcock is best known as the director of films like The Birds, Vertigo, Rear Window and of course, Psycho. The scene in which Norman Bates tears off the shower curtain rods and ends Janet Leigh’s run from the police, leaving her in the similar state to the fabric shower curtain, […]