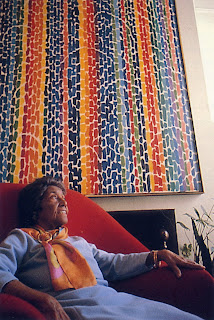 Dialogue behind the Iron Curtain (1952)

“Give me some poison!” said a customer, in Riga, Latvia.

Then he stopped and thought a moment, said:

“Wait a minute; I do have some strychnine, for how

“About ten,” said the customer.

“Here,” said the proprietor, “these should do it,” handing

him ten in pill form…

How much do I owe you?” he questioned.

“Naught,” he said, “we never charge for such items.”

Note: Not long ago, in 1952 (I was five years old then) 20,000 people escaped under the Iron Curtain a month, to find themselves refugees, trying to find free countries to live in. Most tried to go to America, one way or another. Should we forget this, perhaps it might be wise to remember, poison for customers, behind the Iron curtain, were often sold out in the local city and small town stores; that’s how bad it was; or we could say, that is how bad the world was. The author’s Grandfather was born in that area, and escaped in1916, to England, onto New York City, and then to St. Paul, Minnesota, his brother going to South America (Anton Siluk).

I looked down at the unfriendly ground, everything smelled fresh and

newly washed: brown, and white, and the pilot Aaron-an Alaskan-Russian from Barrow, chased a solid mass of caribou, across Brooks

See also  The Benefits of a Blackout Blind

Range; we were to them: steel death over their heads, hysteria, as Their tails and hoofs and horns, trotted, then leaped and galloped as the

small aircraft buzzed, and whistled and strutted like an angry crane Bobbing and fanning, jaggedly in the sky, overhead.

Aaron, he was bootlegging, while carrying the mail from Barrow, to Point

Lay, and then onto Atuaska!…

He per near whispered: “I got a case ofJack Denials, $250-dollars a

fifth,” that was eighty percent profit.

The aircraft touched down, as a group of the Inuit character, a stirring

account of the Eskimo, -dressed extraordinary, a symbol of the far-North of long ago, stood awaiting-; said Aaron, as they slowly walked

up to the aircraft, opened the door, with an enduring smile, “Hello Chaps, I got some sweetener for you all, and a little mail,” which was a

As we took off for Atuaska, the tundra, was lightly brown and green,

thin it seemed-wet and heavy, and the sun was lightly bright, but The day was gray-; once in Atuaska, it was all so brown, muddy and yellowish brown, with tall

telephone poles along the road… and they were waiting Likewise, and they got their sweetener Too!

How to Choose the Curtain Accessory?