How to Install Curtain Rods in 15 Minutes?

How to Install Curtain Rods in 15 Minutes? 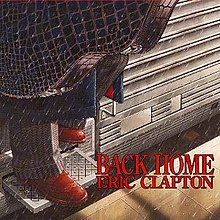 Have you just received this set of pre-made curtains, or have you had some custom curtains made for you, but need to hang them now? Assuming you have purchased a curtain hardware set that matches your curtains and home decor, including curtain rods, it should only take about 15 to 20 minutes to get them hung.

Curtain rods are relatively easy to install as long as everything has been purchased, and you have your toolbox at your side. You will need a number of items, many of which were included in your curtain hardware set: the rods, screws, anchors, fasteners, measuring tape, pencil and a flat or Philips screwdriver, depending on the screws included.

And of course you will need the brackets which attach the curtain rod to the wall. You will want a power drill to assist you during the process of screwing the brackets onto the wall. Not necessarily to fasten them in place, but more importantly you’ll need to start a screw hole into the wall, especially if it’s going into a stud.

But before attaching the brackets to the wall, make sure you’ve measured the height and width of the rod and determined exactly where the brackets will go down to the centimeter. Even though it’s not that important if the brackets aren’t positioned correctly, as you can easily fill up any misplaced holes in the wall, it’s always easiest to do things right the first time.

Once you have determined exactly where the brackets will be positioned, as well as the screws, pre-drill the holes with your electric screwdriver about 1 inch into the wall. This will make it much easier to fasten the bracket to be wall with a manual screwdriver at the time of installation.

After pre-drilling the holes, make sure the bracket is securely positioned against the wall while you screw it into place. Once the first bracket is in place, move onto the next one. Repeat the same procedure you followed for the initial bracket. After the brackets are installed simply push the rod through the holes in the bracket and secured into place.