Invisible Shields for Your Business’s Doorways

Invisible Shields for Your Business’s Doorways 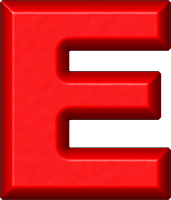 When it comes to the property of invisibility, one substance has always had significant advantage over every other: air. If you combine the invisibility of air with force, you get wind. When you take wind and put it to use in an effective way, you have an air curtain. The curtain is a technological breakthrough on a seemingly simple concept. You might have noticed a curtain in one of your local stores recently because as you entered you felt as though you were being blown around by strong winds. The companies do not put the curtains there simply to blow the dirt off customers who walk in to the store. The air curtains serve an important purpose in reducing the costs of operation for that business.

In layman’s terms, an air curtain is a stream of air over a doorway that prevents other air from entering. One highly beneficial effect from this is that bugs won’t be able to follow you through an open door anymore. To bugs, one of these curtains is a highly efficient and always alert bouncer, keeping them from setting up shop in the produce section. While this does save some businesses money in organic products, and is a welcome side-effect, it is not the main way a curtain can save money.

By creating a barrier between the air inside and outside of a building, there is less transfer of heat. When there is less transfer of heat every time someone goes in or out of a door, there is less electricity used for heating and cooling. When less electricity is being used, the electricity bill goes down and that will put money into your hands. Businesses like grocery stores and your local mega-stores install a curtain as soon as they can, because an air curtain will eventually pay for itself with the money saved on electrical bills. This holds true especially to any building that has a high flow of traffic through its doors.

These curtains are not a replacement for doors. A stream of air does not block as much heat transfer as a door, does not stop people from entering and can’t be slammed in anger. When added to doors, and used with them, these curtains are an environmentally and financially friendly addition to any house or business. The immediate costs of buying an air curtain and paying for installation might seem to suggest otherwise, but in the long run an air curtain will save money wherever one is installed.

Of course, an air curtain is not perfect. If you live an environment that has high-powered winds, the efficiency of the curtain will be reduced. Running an air curtain constantly over a closed-door will likely end up costing you money. If you are in Mexico in July and someone opens your door with a curtain over it, some heat will likely manage to make its way in. It might not fix all of life’s problems, but a curtain is a definite home and office improvement tool that will pay for itself.